This spring, a client reached out to me about an exciting local project for which she needed a designer: a map of picnic sites around the river gorge in downtown Saint Paul. As many of you know, I really like maps, so this was totally in my wheelhouse.

The map served as the centerfold of a matchbook-style brochure. For the cover, we received permission from the Ramsey County Historical Society to use a 1930s illustration by city architect Clarence W. Wigington, the nation’s first black municipal architect. Wigington created the piece to illustration plans for the Third Street Esplanade. It is a REALLY cool illustration; I wish I had a huge printed version of it to hang in my home. I had a lot of fun giving the title lettering an “old time-y postcard” feeling to go along with it.

The back page of the brochure features more information about the bluff, as well as some suggested purveyors of picnic provisions. The project was sponsored by Ecolab, the Saint Paul Farmers’ Market, Subtext Books, W. A. Frost, and the Saint Paul Saints. 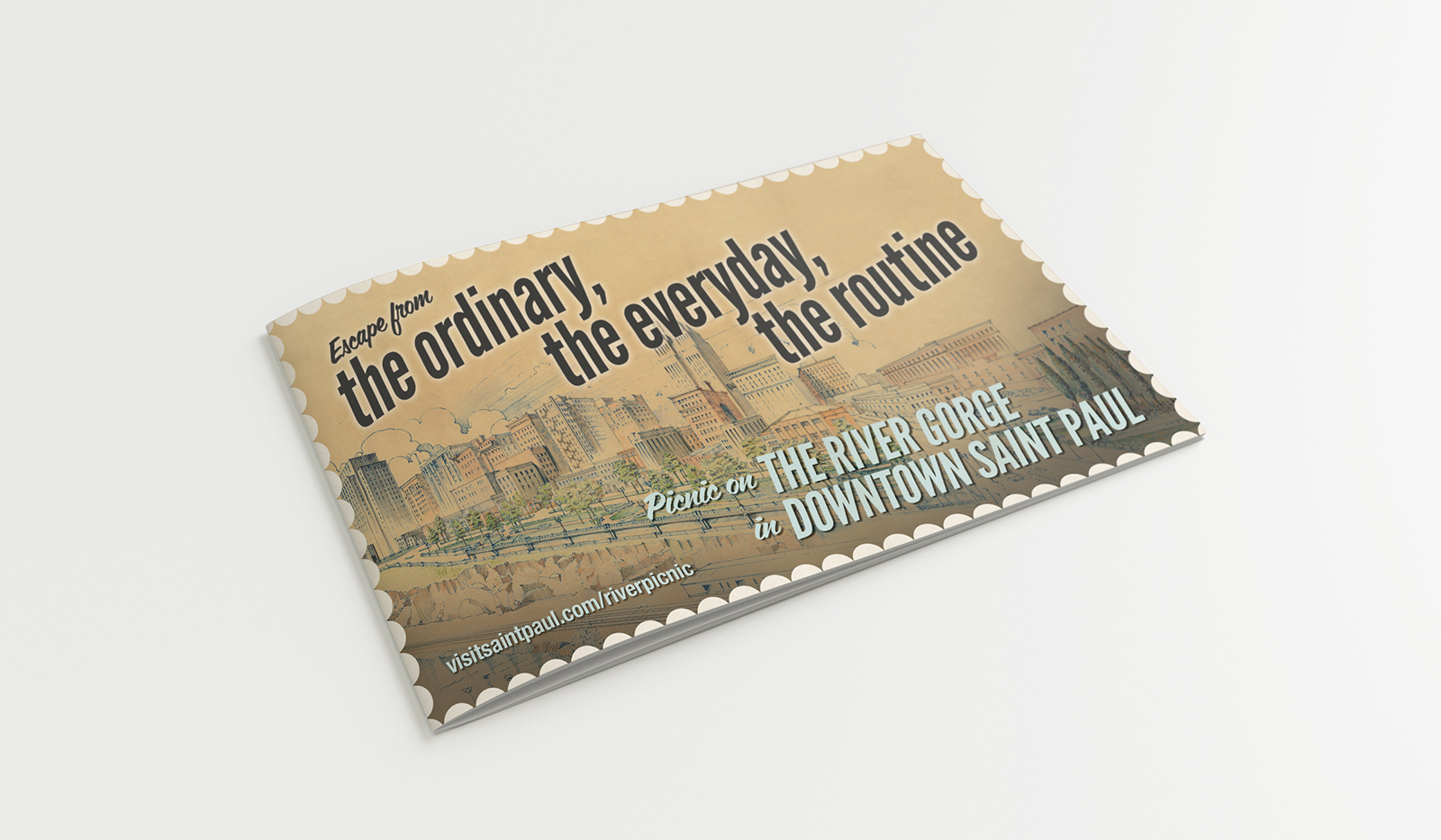 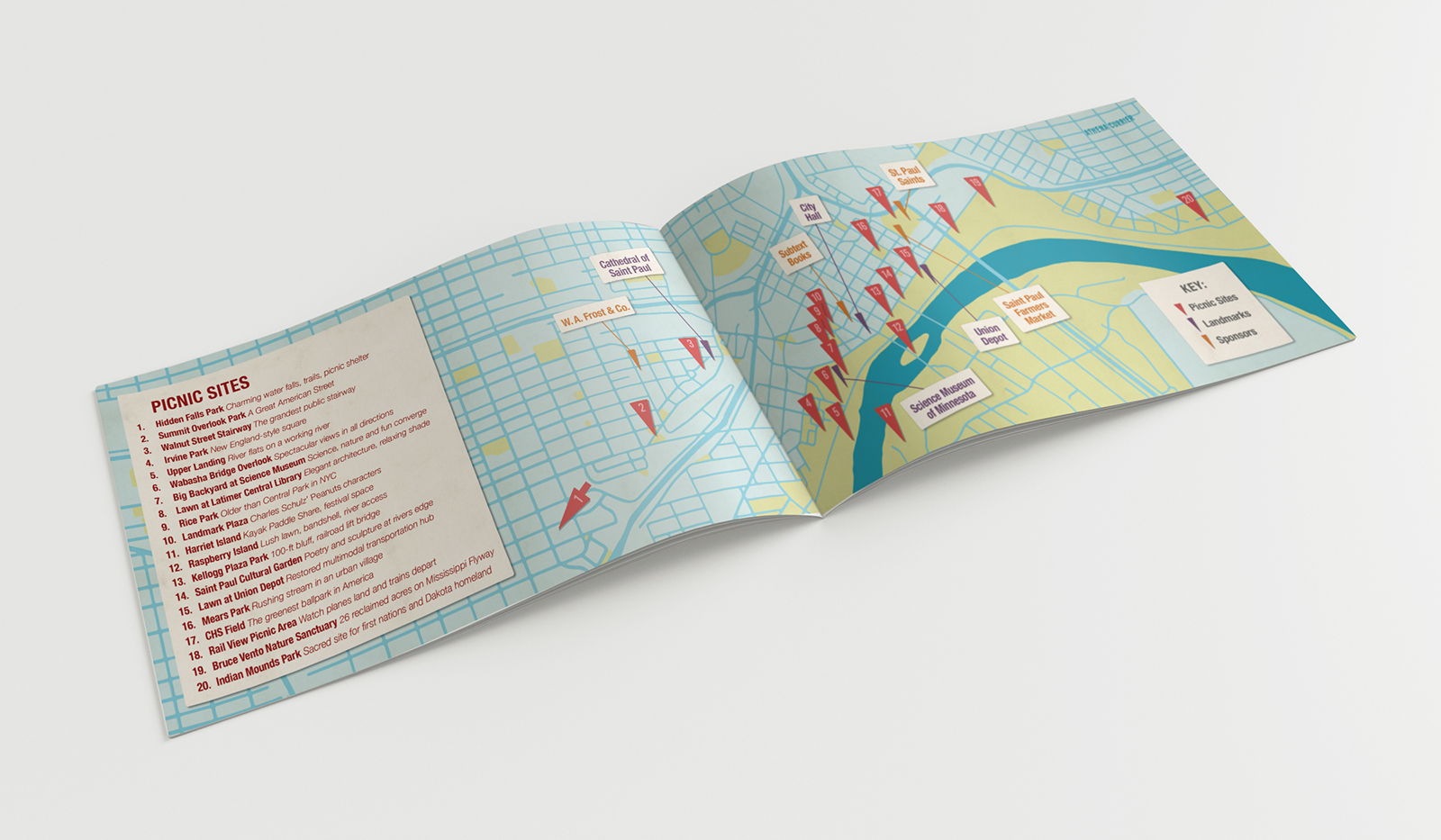 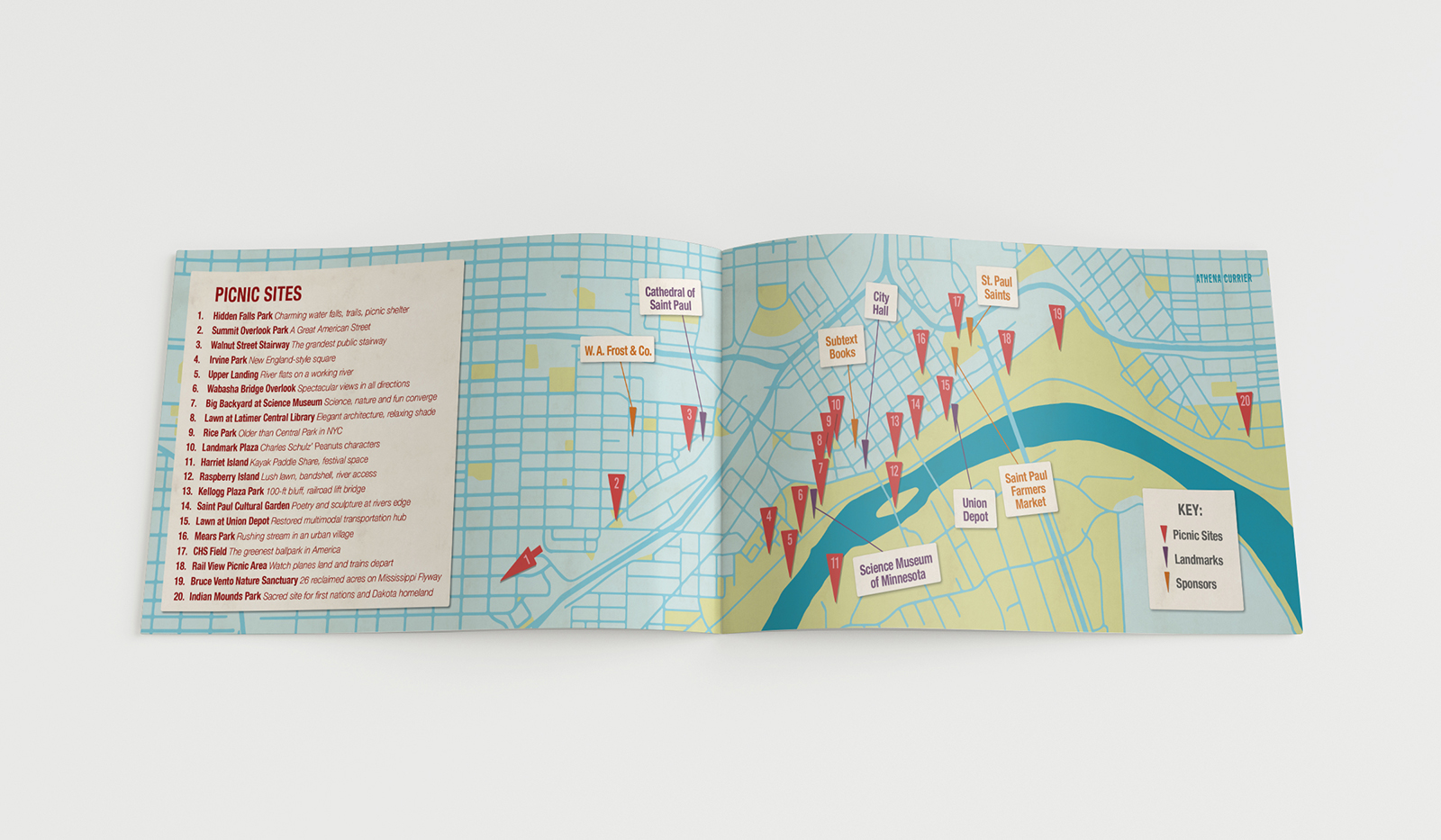 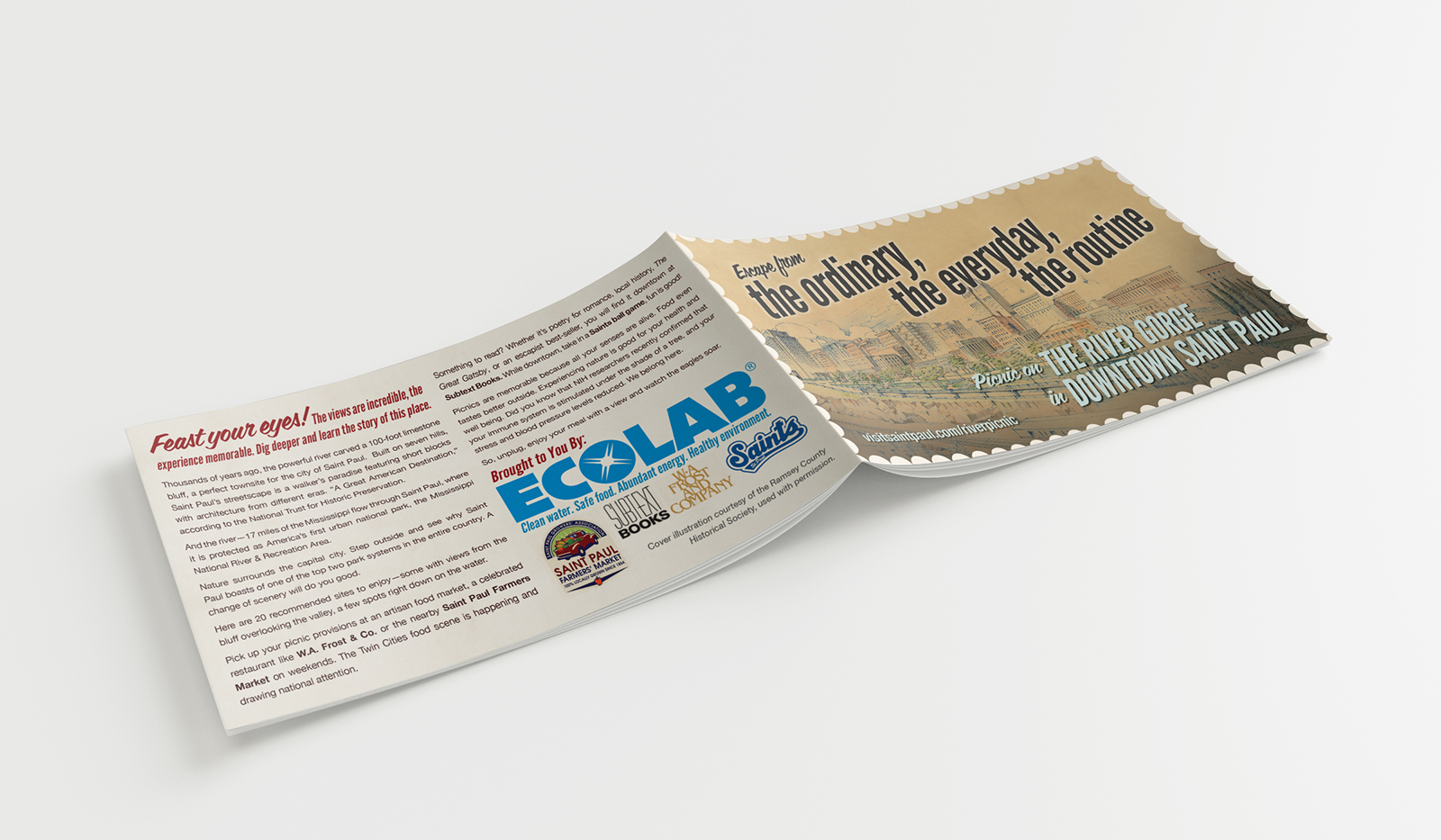