Out of the forty-five books, three were rereads (The Passionate Mistakes and Intricate Corruption of One Girl in America, The Girl with the Dragon Tattoo, and The Chemistry of Joy). 80% were written by women. 55% were fiction. The oldest was The G-String Murders, published in 1941. The majority were quite contemporary.

Not including rereads, below are my top ten, in the order in which I read them:

Here’s to more good reads in 2018! Speaking of Goodreads, please consider leaving a review for my mom’s book over there! 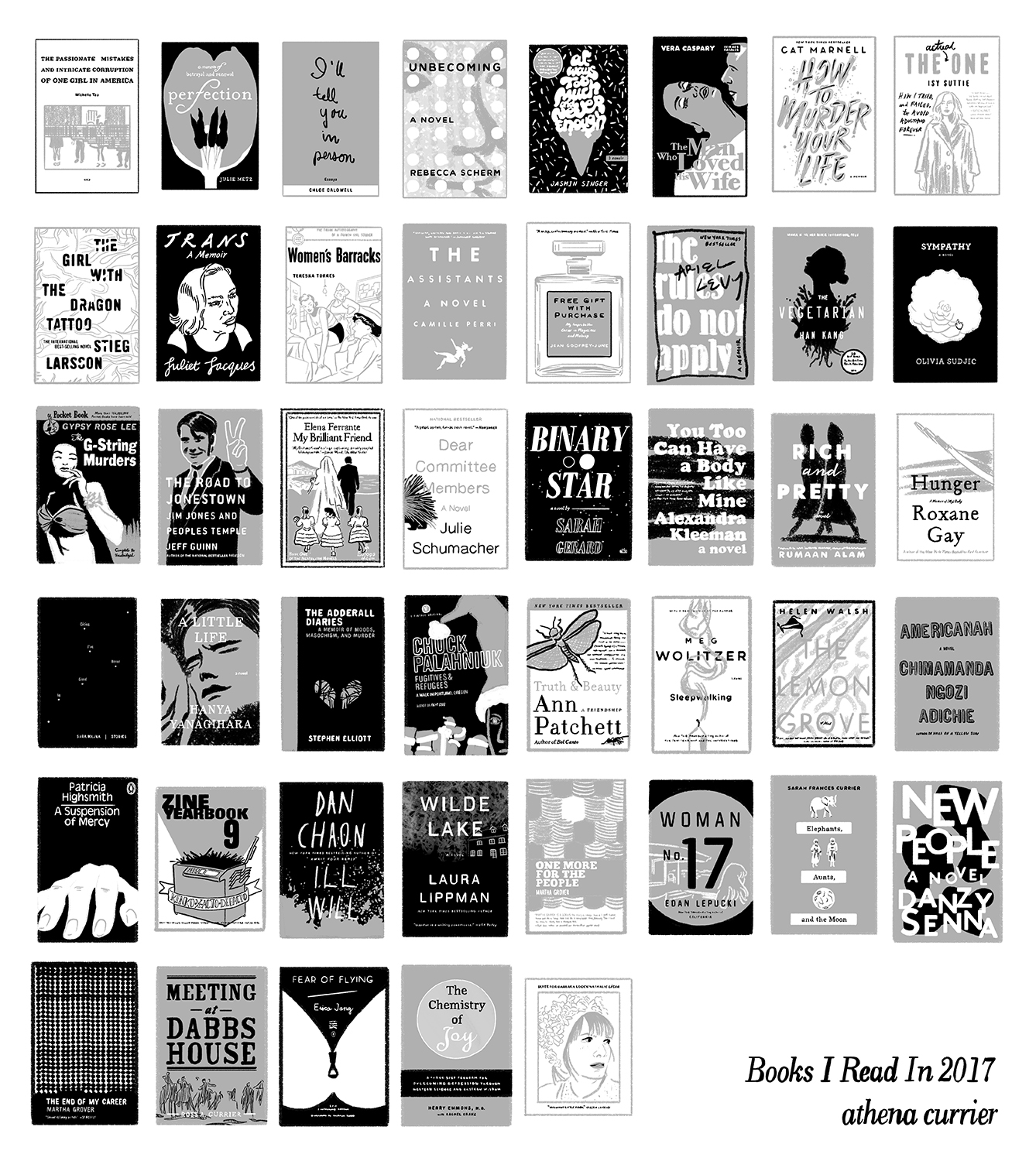