A situation that many authors (and their designers) must consider in cover design is: what if the book is part of a series? How can the design maintain a sense of unity throughout all the book covers, so that it will be clear to readers that they are part of the same series?

Some authors go overboard with this. I’ve seen situations where the design similarity between book covers 1 and 2 (and 3, and 4, and 5) is SO strong that it is difficult to tell them apart. This is no good. It creates confusion, and frankly, it’s condescending to your potential readers. For adult literature in particular, I like covers that don’t hit you over the head with the message that THIS IS PART OF A SERIES. Let the subtitle do some of that work.

It was for this reason that I was very excited to work with author Bill Zahren for the cover of book 2 in his Kingman & Reed series. Rather than feeling obliged to have the cover of the new book mimic the first book (Officer Involved, cover design by Lois Stanfield) Bill just wanted the new cover to be the right fit for the story. Since it was a thriller, with bureaucratic, white-collar crime, I played around with blood splatter and paper imagery: 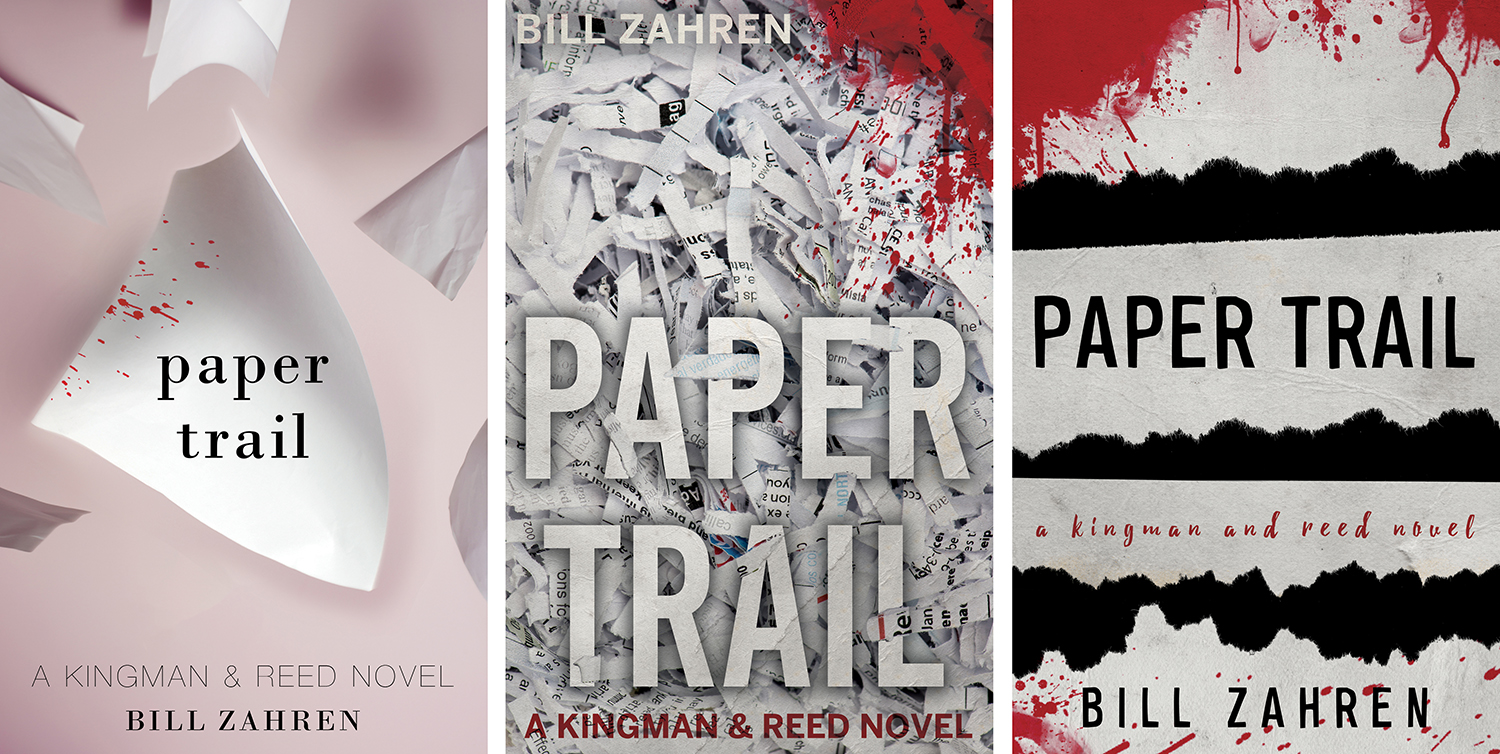 The middle option was my personal favorite. Luckily, it was Bill’s too! Paper Trail was published in September 2016:

Bill reached out to me again when he was ready to do the cover for book 3, Avenging Angel. This one had religious themes (a deranged murderer who believes she is on a mission from God), so for this set of concepts, I tried out imagery that hinted at that, as well as the fact that the murderer sends the protagonist letters: 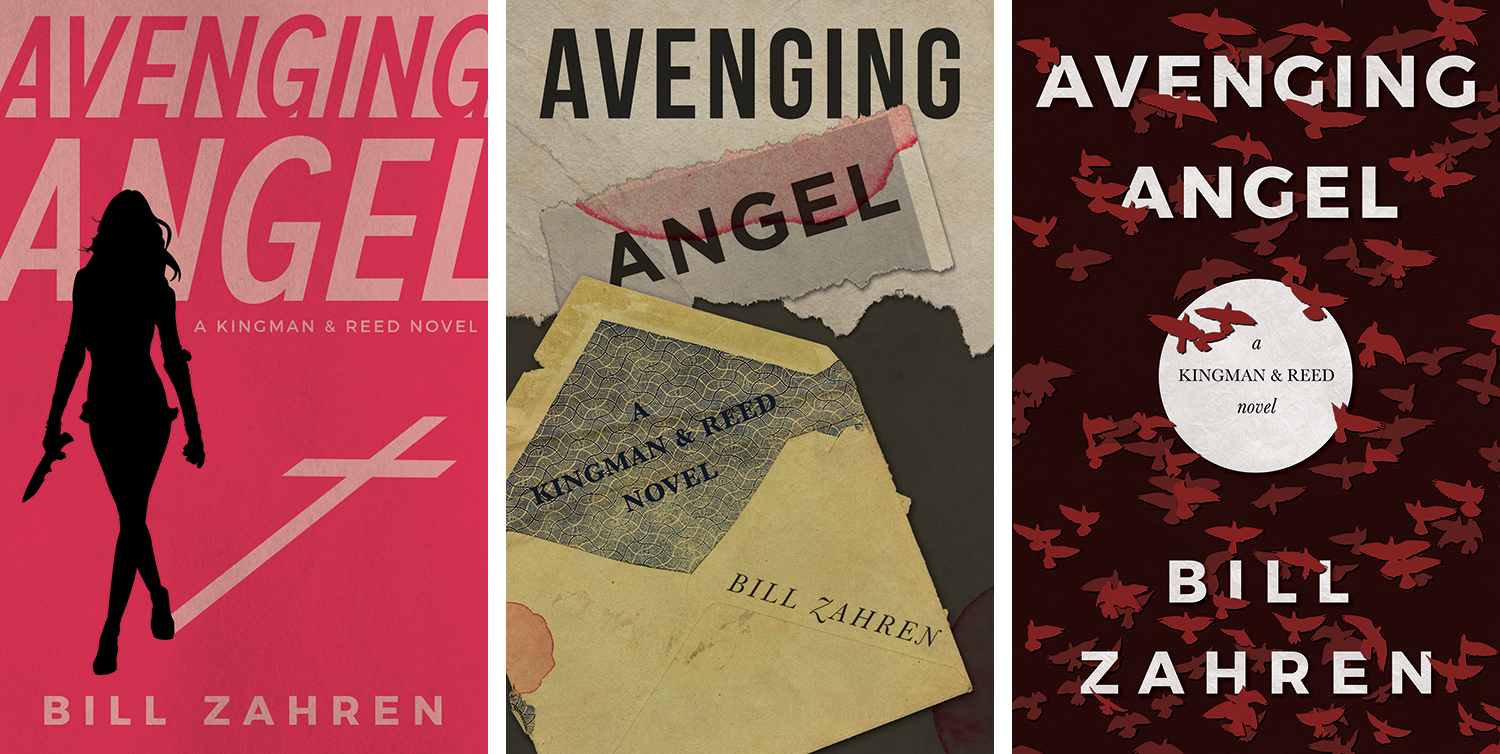 We went back and forth with some variations on each of these, but ultimately went with the choice on the right. It was subtle and spooky, and had just enough in common with the previous cover (the color palette, the paper cutout look) to feel cohesive, while still standing on its own.

I had such a great time doing both of these covers, and am so pleased with how they turned out. Can’t wait for book 4!