Once all of these new places open their doors, it will bring the total number of taprooms in Saint Paul up to EIGHTEEN. Clearly, there’s a lot to look forward to in the Saint Paul beer scene in the coming months. Here’s a gif of all the breweries that are in the works:

And here’s a static image with everything, plus some notes about all the new places: 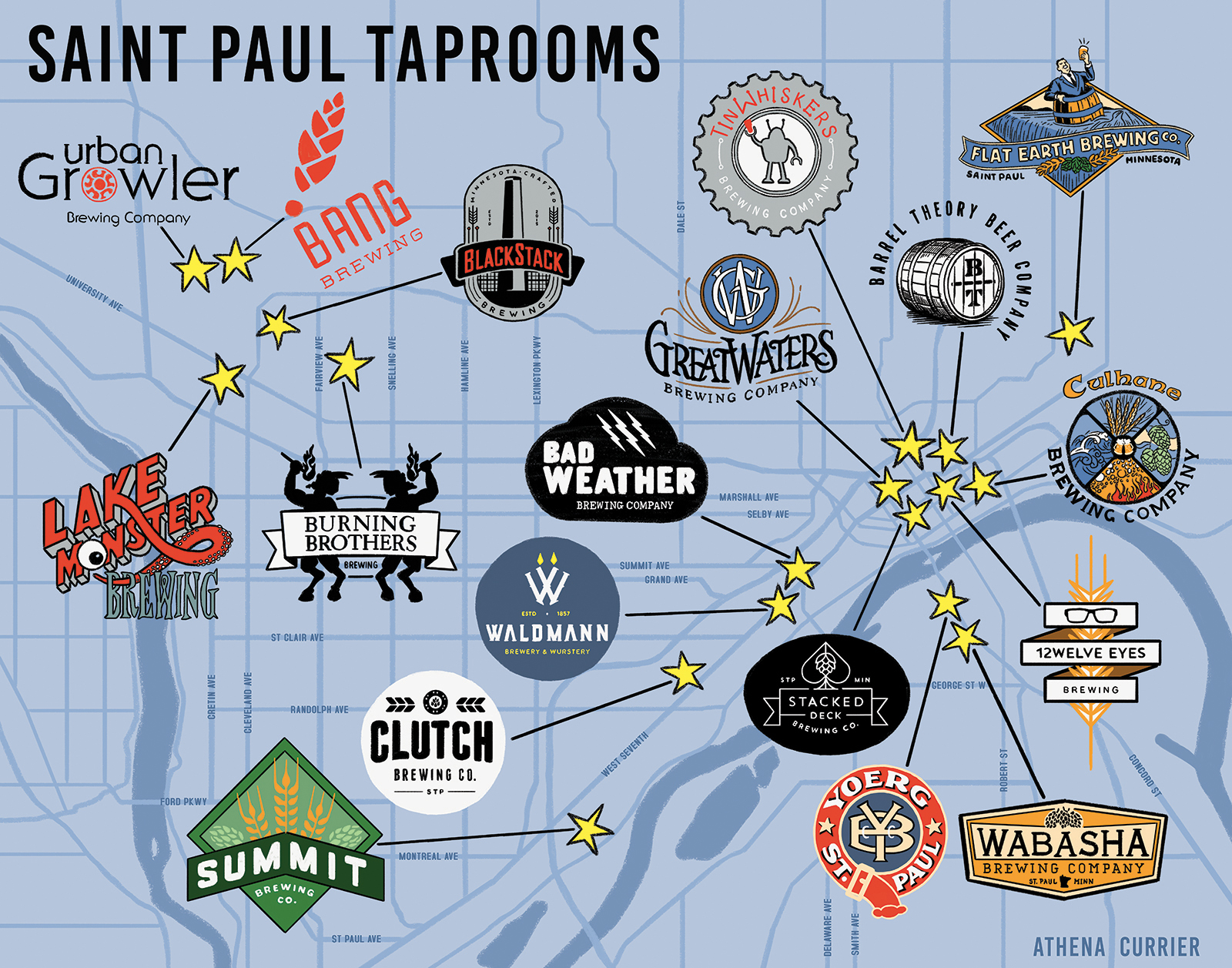