Last June, I created an illustrated map of Saint Paul’s taprooms. In the year since then, there’s been an exciting addition to the list: BlackStack Brewing. And more new taprooms are on the horizon for Saint Paul. I recently updated the map to include Blackstack, and remove Sidhe Brewing (which will reopen as Culhane Brewing in a new location). See below for the new map, and some information about five additional breweries that plan to open in 2017: 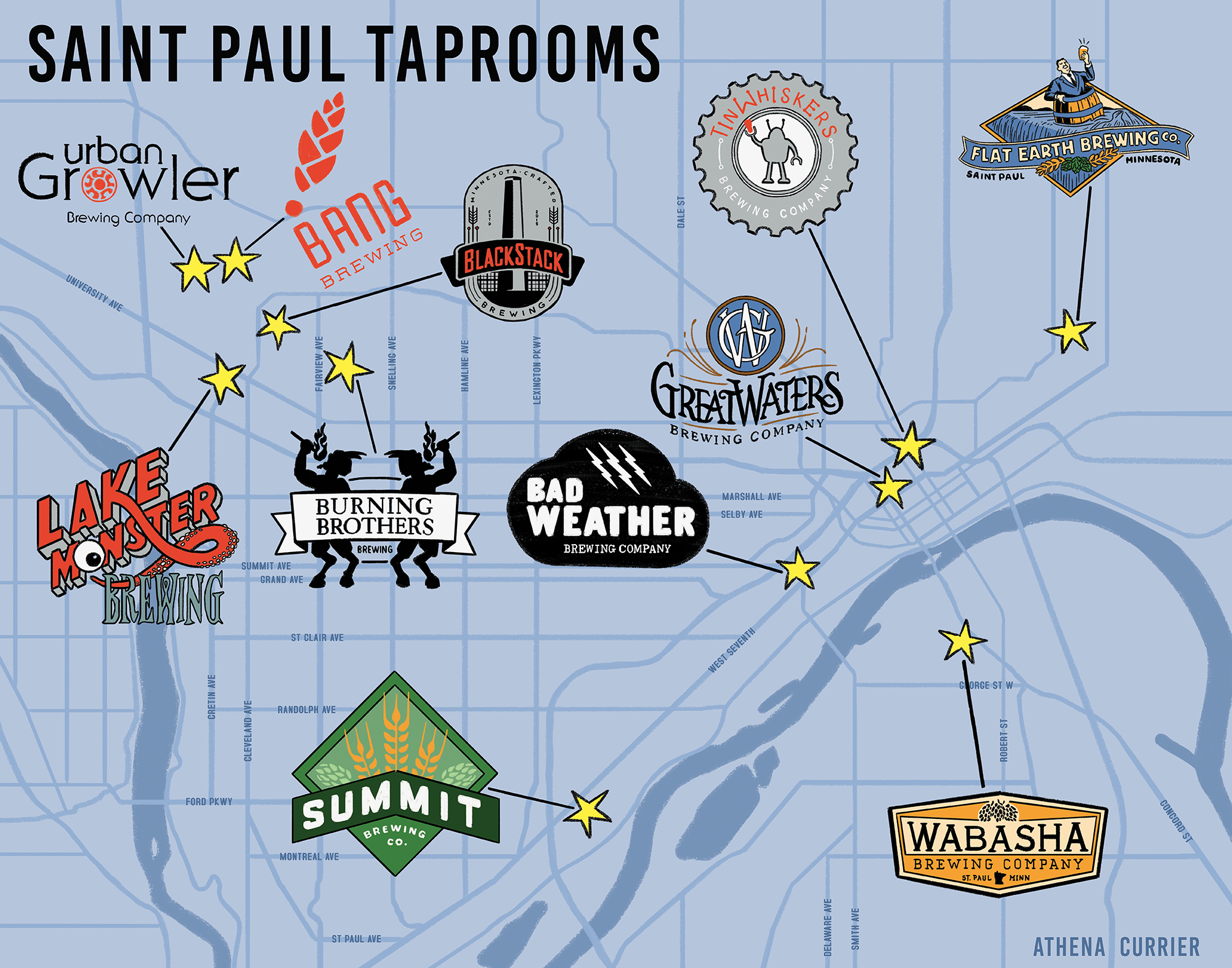