I think about Joan Didion’s Slouching Towards Bethlehem often these days. There are so many lines in that book that have stuck in my head since I first read it almost a decade ago. But lately the words resonate more strongly than ever. The Yeats poem from which the collection takes its title feels depressingly relatable right now:

Turning and turning in the widening gyre
The falcon cannot hear the falconer;
Things fall apart; the centre cannot hold;
Mere anarchy is loosed upon the world,
The blood-dimmed tide is loosed, and everywhere
The ceremony of innocence is drowned;
The best lack all conviction, while the worst
Are full of passionate intensity.

Surely some revelation is at hand;
Surely the Second Coming is at hand.
The Second Coming! Hardly are those words out
When a vast image out of Spiritus Mundi
Troubles my sight: a waste of desert sand;
A shape with lion body and the head of a man,
A gaze blank and pitiless as the sun,
Is moving its slow thighs, while all about it
Wind shadows of the indignant desert birds.

The darkness drops again but now I know
That twenty centuries of stony sleep
Were vexed to nightmare by a rocking cradle,
And what rough beast, its hour come round at last,
Slouches towards Bethlehem to be born?

While Slouching Towards Bethlehem fixes its gaze on California and the end of the 1960s, the sense of anxiety and disillusionment that Didion captures feels quite relevant to what we are experiencing in the United States today. A line from Comrade Laski, C.P.U.S.A. (M.-L.), the fourth essay in the collection, has been on my mind particularly often. So I put it into an illustration: 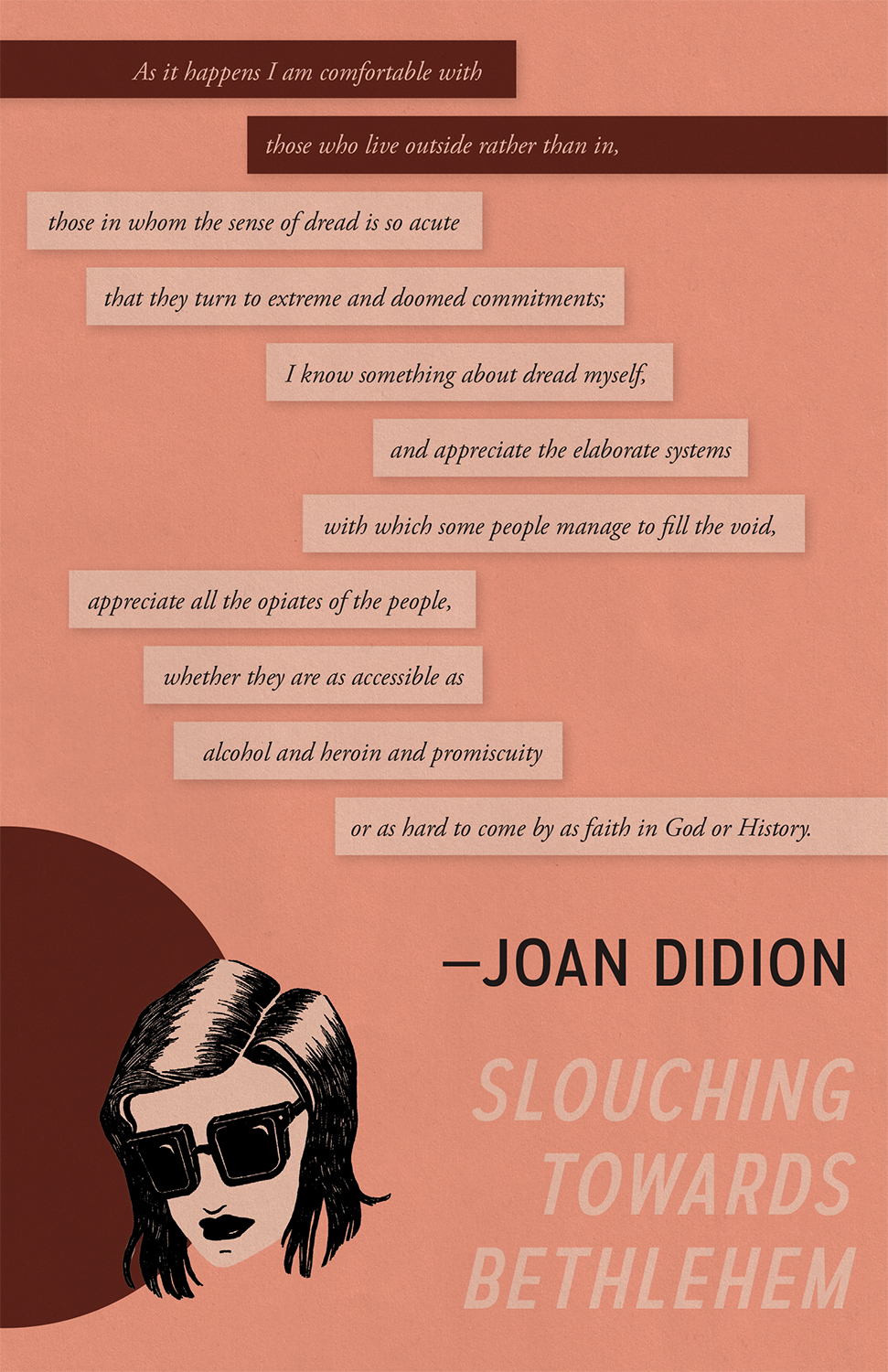