I mentioned last week that I did more holiday craft projects than usual this year. Now that Christmas is over, and gifts have been given, I can share another one of those projects.

I don’t know about you, but I happen to think that Haribo Gummi Grapefruit is one of the most delicious candies in the entire world. I hope that my friends and family agree with me, because I bought it in bulk and gave it to all of them. But before I did, I parceled it out into a variety of jars and containers, and made a tag for each one. Pictures below: 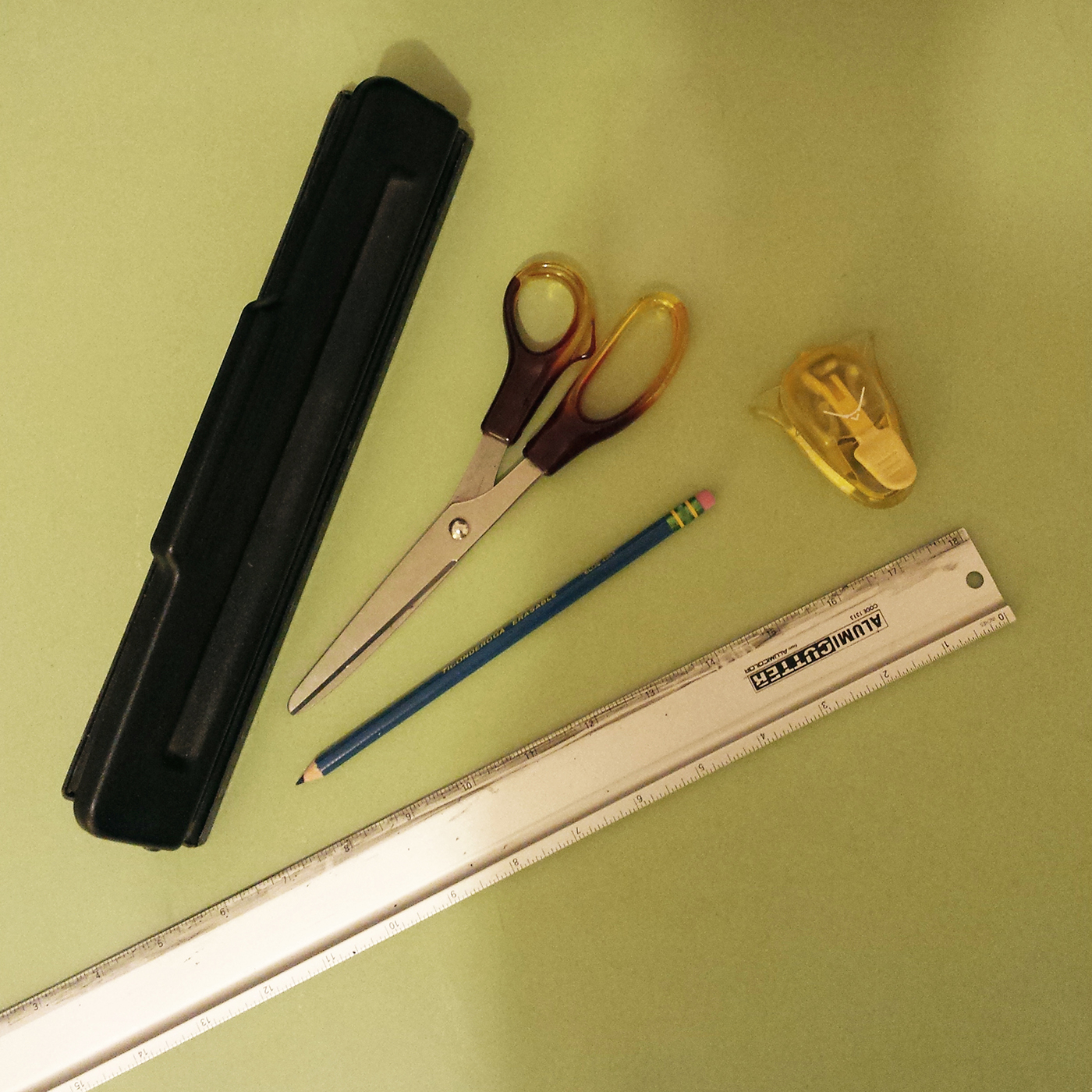 I laid out the tags in InDesign, and printed them on my home printer. After I cut them apart, I used a corner rounder tool on each individual tag. Then, as I apparently don’t own a 1-hole punch, I used a 3-hole punch for the holes. 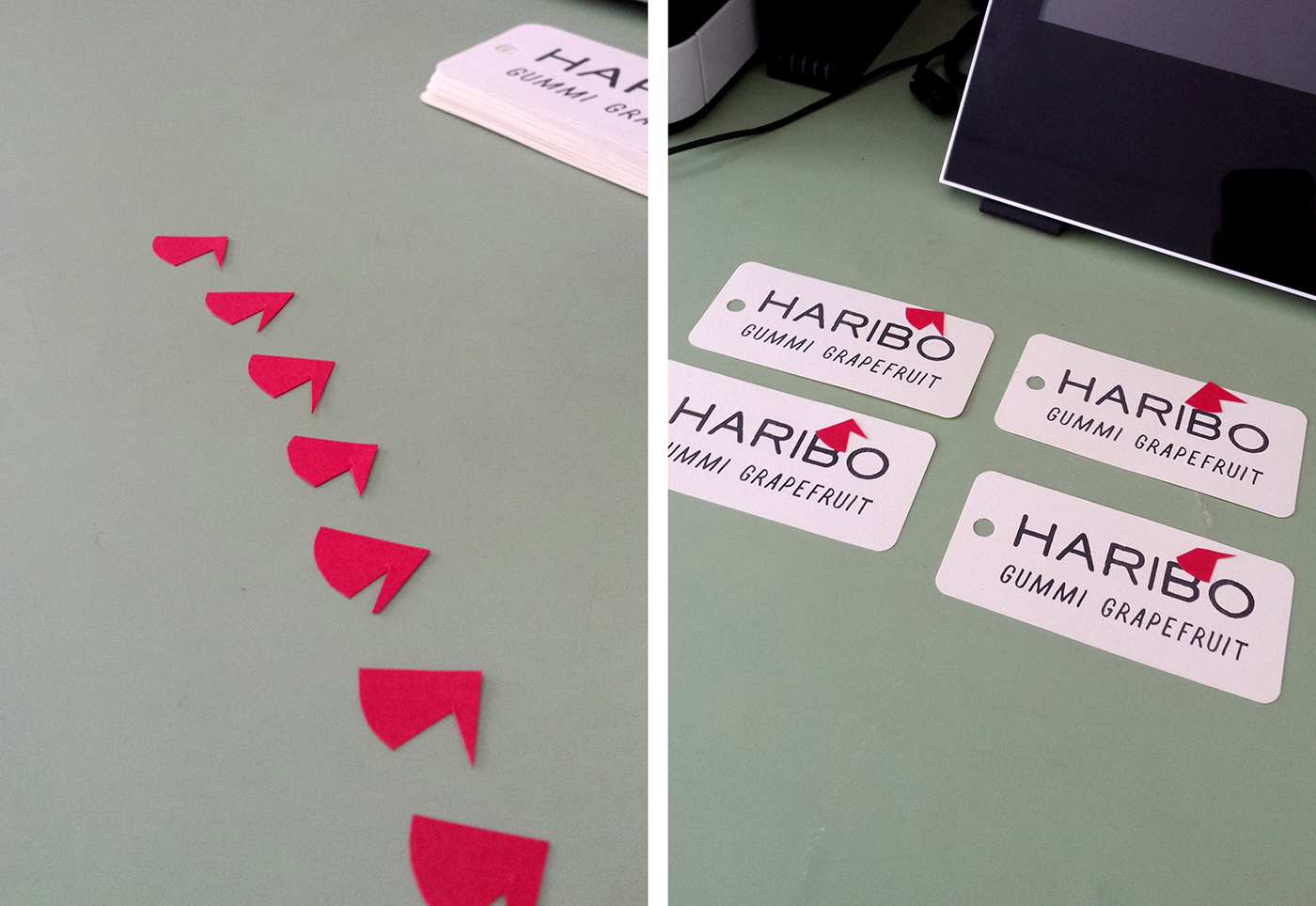 Next, I cut out a bunch of red santa hats, similar to the ones on my thank you cards. 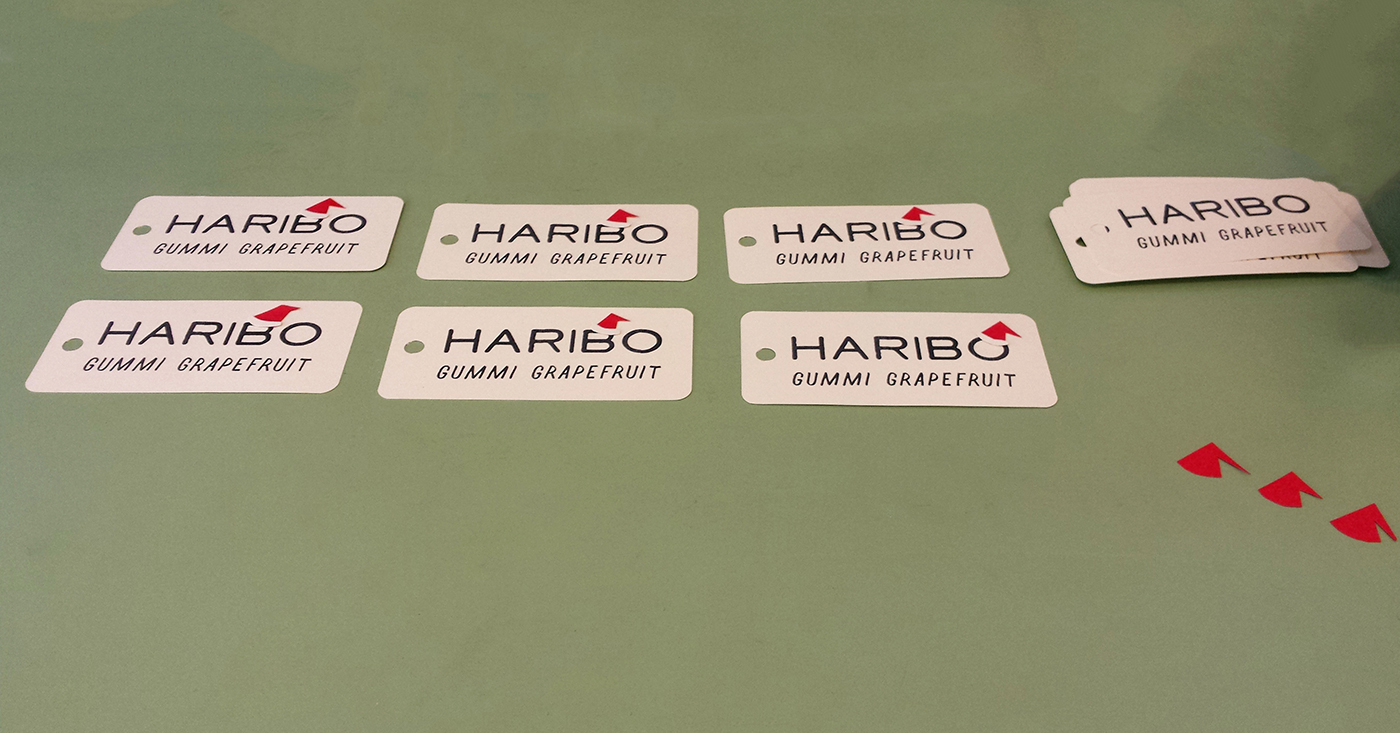 To each tag, I glued a red hat with white trim. 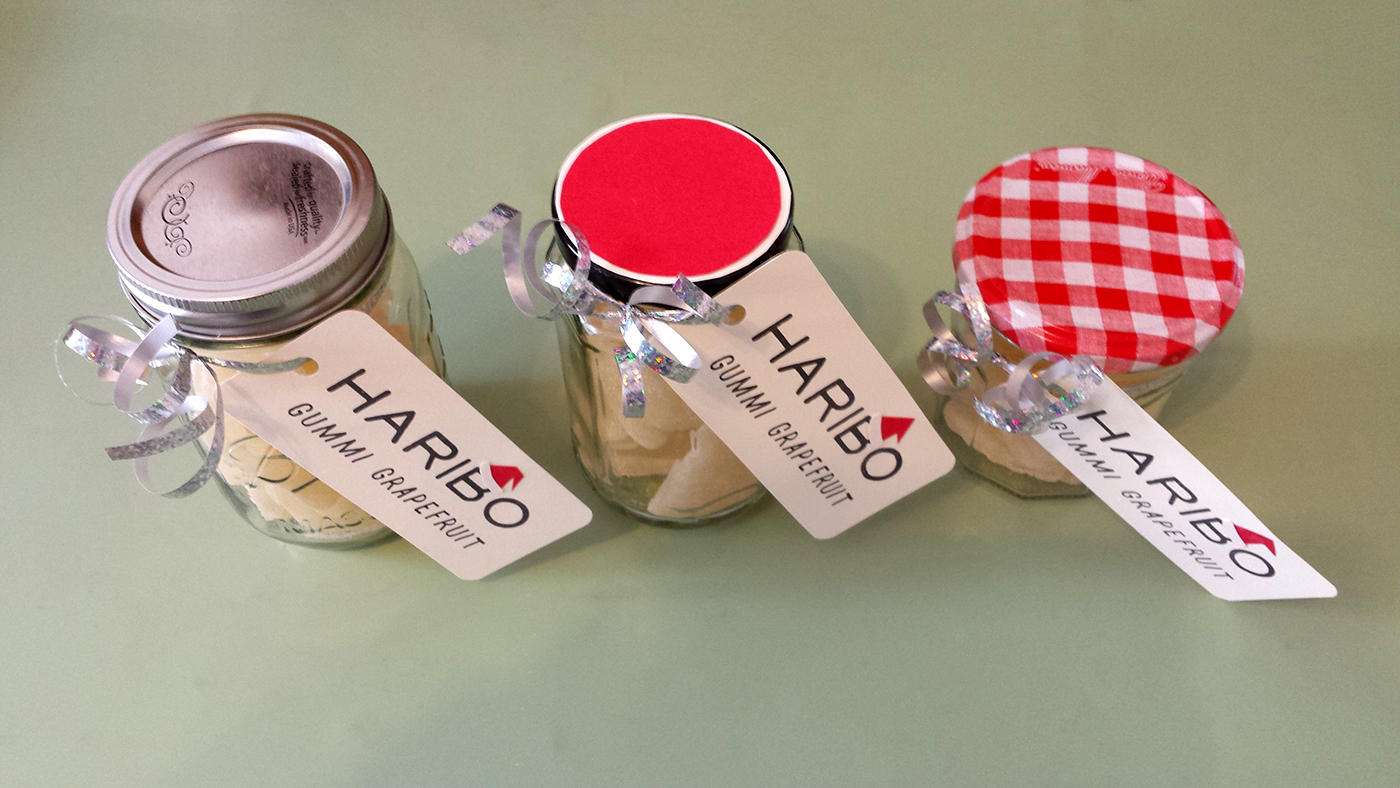 Once all the tags were done, I attached them to the jars with ribbon. The three above were my first batch, using jars I had on hand. 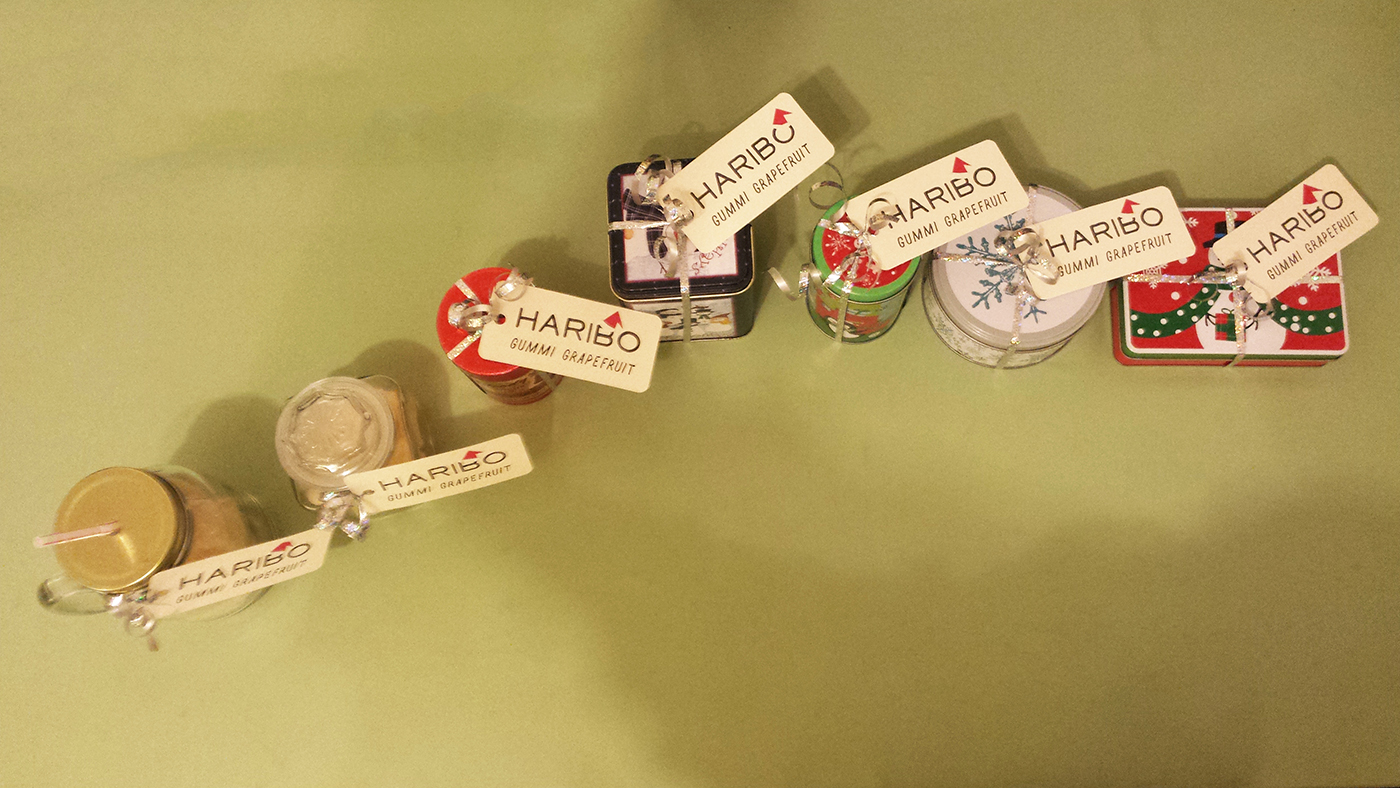 After acquiring more jars and tins, I did another six. 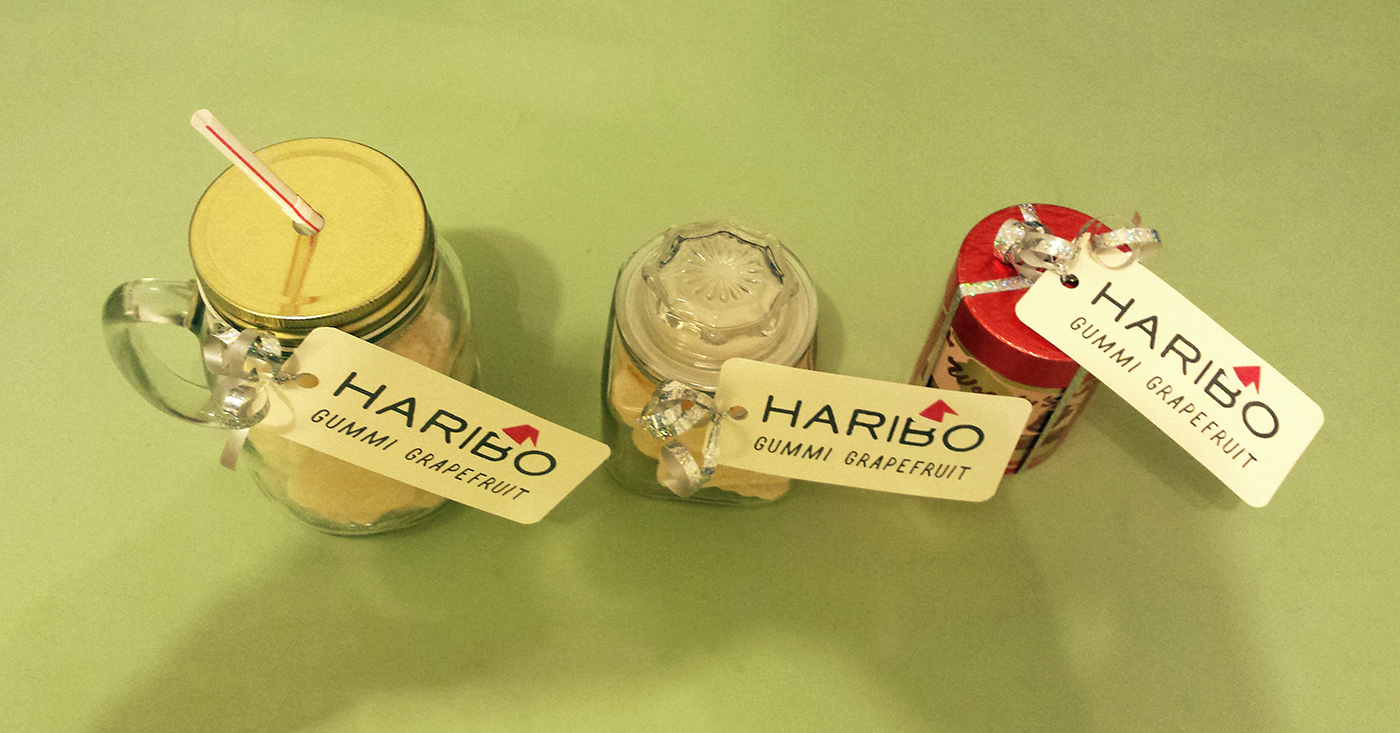 That round red jar on the far right says something about “Wisconsin Cheese Product.” Yum! 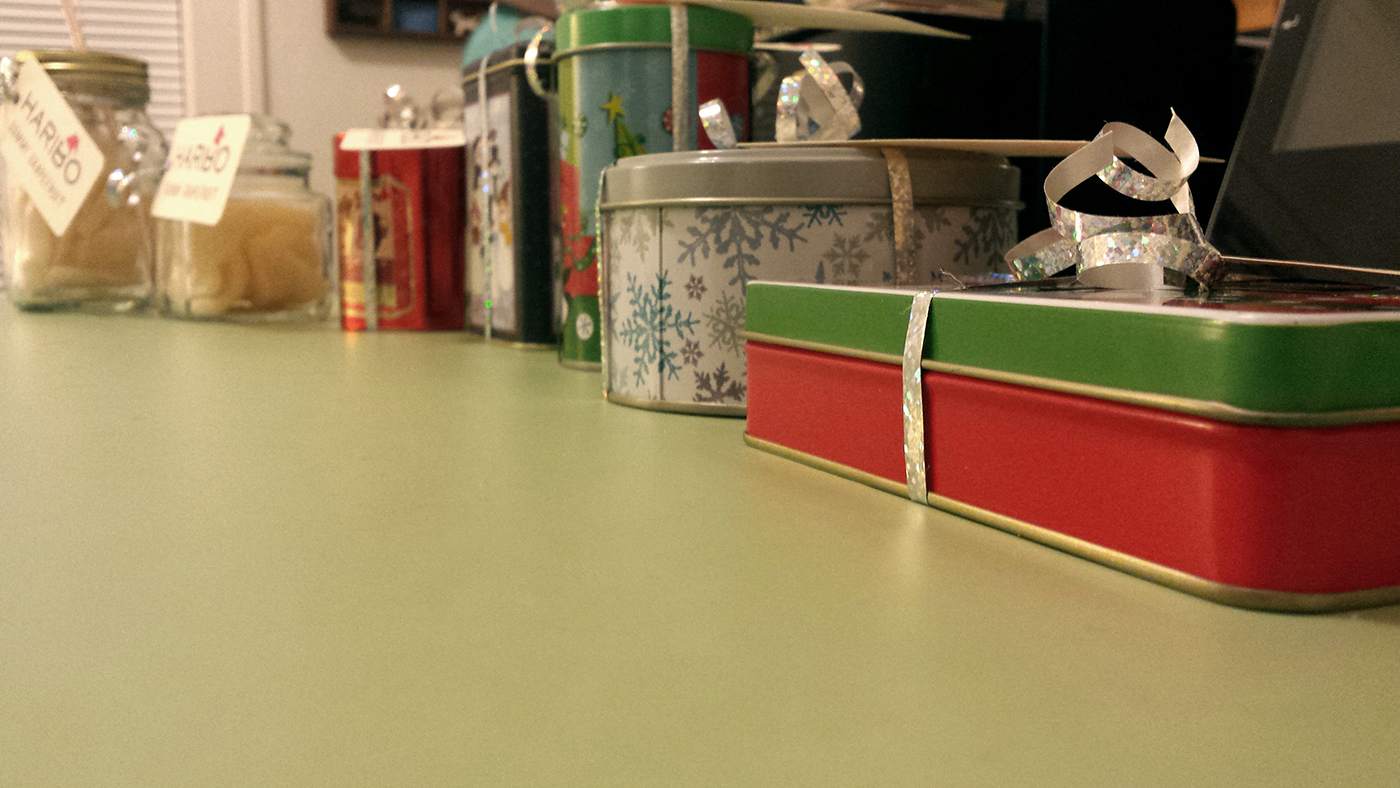 I technically still have one Christmas to go (with Jason’s family, next Saturday), but I think at this point it’s safe to say that these were a hit. And Jason and I definitely didn’t mind the opportunity to eat the extra candy. A merry grapefruit Christmas to us all! 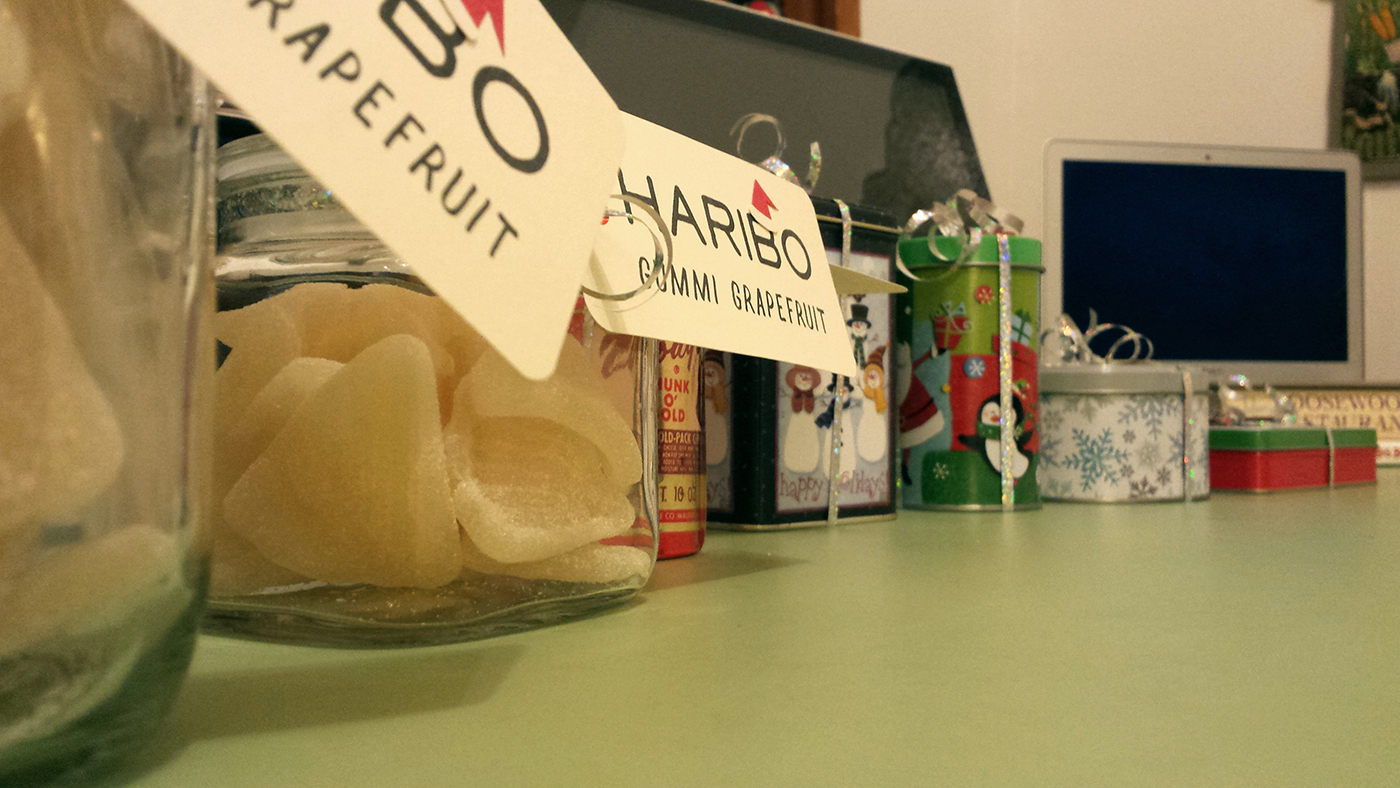