Jason and I are a little behind on Mad Men.  We just started Season 7 last week.  I’m enjoying it well enough, but all I want to say about it today is: Megan Draper’s convertible!  It’s an Austin-Healey, but the shape reminds me quite a bit of the 1954 Cabrio I featured in a pitch for my Concept Art class last spring. 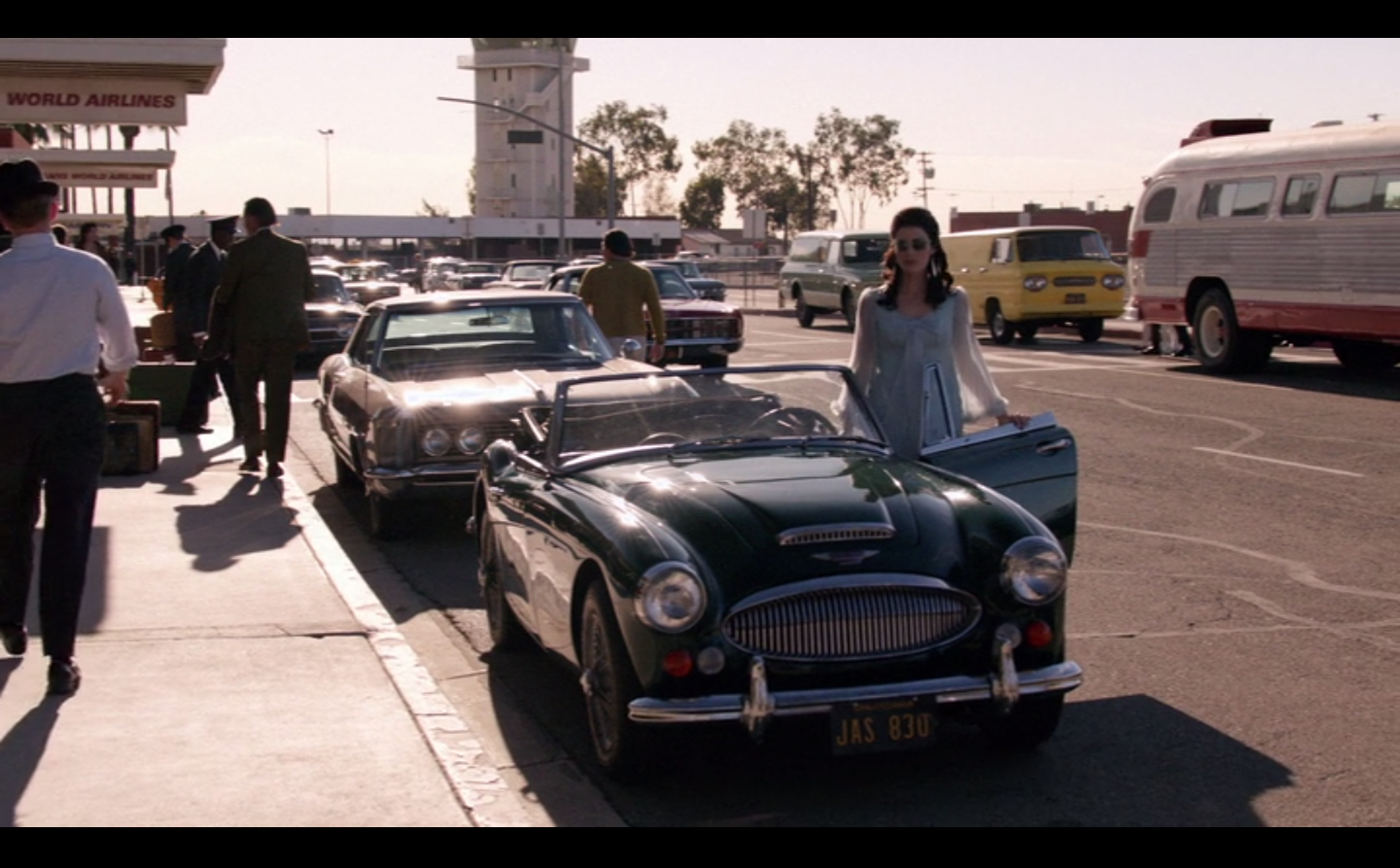 I had so much fun with that car!  I was not previously interested in drawing cars, but that project may have turned me around.  Convertibles were a big part of the story I plotted (the full pitch packet can be viewed here), so I spent a lot of time deciding what model I wanted to feature.  Ultimately I chose the Cabrio, but dang does Megan look cool getting out of that Austin-Healey.